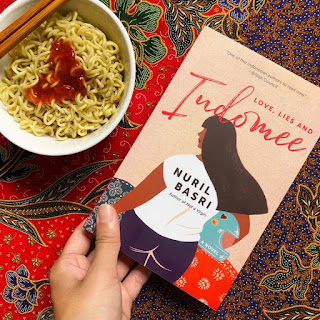 If you are looking for a light read that is also smart, Love, Lies And Indomee by Nuril Basri is right up your alley. Set in Indonesia, the novel tackles the modern struggle to find love, marriage and gender roles from the perspective of a witty young woman named Ratu.
Originally titled ENAK and written in Bahasa Indonesia, the novel was recently translated to English and published by Epigram Books. It is the local publisher’s first foray into Indonesian fiction, and we appreciate this introduction of the notable young Indonesian writer Nuril Basri to those of us who cannot read the original language. Recognised as a rising literary star in his home country, Basri has written several critically acclaimed novels that mainly focus on the struggles of young people living in modern Indonesia. Stories about love and coming of age in a rigid society abound in all kinds of media, but most of such stories we consume in Singapore come from a Western lens. Love, Lies And Indomee is a refreshing peek into a world and experiences that are closer to our own. Read more...