REVIEW: Not A Virgin by Michael K Freundt 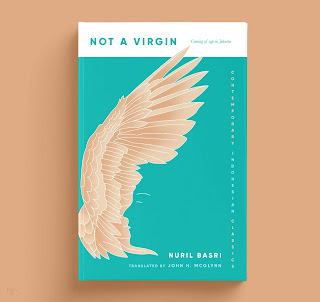 This  book is surprising. It deals with masculinity, and sexuality – not subjects I expected to read in a book written by a Muslim –  set in the sub-culture of modern male youth on the fringe, literally and figuratively, of Jakarta, the sprawling capital of Indonesia, the world’s largest Muslim country. Machete-wielding vigilantes, Islamic religious teachers, transgender hairdressers, rapists, drug dealers, indifferent parents, gay clubs, and drag queens populate this story of religion, youth culture, gender identity, and sexuality.
The tone is light-hearted, sometimes comic, sometimes dramatic and written in the first person as Ricky, a displaced teenager tries to find an identity and family to call his own. He stumbles into the dark playful culture of the cross-dressing beauty salon community who speak their own language: gayspeak, Queen’s Speech, or Salonese as a way to isolate themselves from the mainstream which only harbours for them ridicule, ostracisation, and violence. Read more...