It was raining so hard today I postponed my departure from my mum's house. Might as well I do some chores, I thought.

She said there were many books on the shelves that looked abandoned and dusty. I asked her, what she wanted to do with that?

"Pack it and sell it somewhere," she said.

To that I replied, that's not possible, most of them are James Patterson and I don’t want to bring them to my rent room.

"Let's sell them to aunties who sell gorengan, fries… they can use it for the wrapper," she said.

So I brought one copy and squatted in front of the house. I tied my hair back and started to ripped one after other pages from the book. I pile them up and burn them. The fire made me so warm. I really wanted to put my hand in it.

"I almost burn the house a week ago," mum said.

"I almost fainted," she said.

The book has not yet finished when someone stopped in front of the house and shouted at me.

I looked up, trying to figure out who was it. He was atop this huge motorbike and didn’t care for a helmet.

Fucking hell, it was my doppelganger.

My mum gave me a look, she was checking whether I still remember him, if not she'd helped me to. But I do.

The thing is when I was a kid I have this neighbor who looked like me, only he's a bit more handsome and he's actually a jock. He didn’t think much and couldn't read a thing when I already tried to understand English. He's a friend though. A close friend even. The one who comes with me to fish eel in the rice field or to steal some green bean.

"Jeez, I haven't seen you for twenty years already…"

I looked at him to seek some resemblance of me, to wonder whether it still there or not. He is buffier and his skin very well-tanned, as you can tell he's becoming very macho like while I'm in the complete opposite.

He sat next to me, I groggily scooted over. "So, how the writing things?" he asked after lighting his cigarette. It was the cheap cigarette that I would never try since I know it will choke you if you don’t know how to smoke it.

"I had my way of digging info about you," he said. I was really surprised.

The rain started pouring again, making a sound on the roof. So I made coffee for both of us because I knew he would stay so I need some caffeine.

We talked about the childhood memories and people that we knew, and where they are now. We going on like that for the whole ten minutes until I didn’t remember anyone anymore and really losing the topic.

"Nobody left," he said finally. "Everyone is still in this village or moved to neighbor one. But never leave. Only you," he said. "I know everyone born in 85, here, our classmates, they're not making it far or having a life like you do," he added.

"We are the same, just trying to live our lives in our own way," I said. "I just don’t like to stay here."

"So what you're doing here?" he asked.

There was silence fell between us.

"Yeah, I'm not interested in that kind of shit," I said.

Surprisingly he was not very judging about that. As if he understood I would go that way.

"Don't you want to settle? To have kids and to go home?" he asked. The common courtesy if someone is faceted with my answer.

"What? No. I leave that kind of job for you. I'm just gonna travel more if I'm not dead yet." I said.

"So why are you collecting money for?" he asked.

"For myself lah, to enjoy my life and buy stuff…" I said. I barely collecting any money but he don’t need to know that. He would be very sorry if he knows my life.

"So you're staying in an apartment now?" he asked.

"No, I tried to live modestly. Just a small rent house with 12 other dudes." I said.

"You're always the weird one you know that? You're not normal and I understand that," he said.

"I know," I said with wide eyes. "Very happy to know you understand that."

"You are smart and stupid at the same time. Everyone is missing their village and their family, but you're not. You don't want to go back, don't you? I know you," he said.

"Of course you know me, we jerked off together when we're kids," ha-ha. But I didn’t say it. He's married twice by now and this is not that kind of story.

"There's a cause for things," I said slowly. He nodded. As if he knew what had happened. Probably he knew.

"But basically, like you said, I'm not normal," I added in a very cheerful tone. Trying to explain normalcy is not an option here. To succumb to the idea of me given by him is the easiest path.

"Say, you're traveling a lot. How many girls you've fucked?" he said finally.

I laughed so hard.

We spent three hours bullshitting and I reckon we will not meet again. Not maybe after another twenty years.

My heart is still broken and I still haven't figure out how to mend it, but at least this day's time well spent. 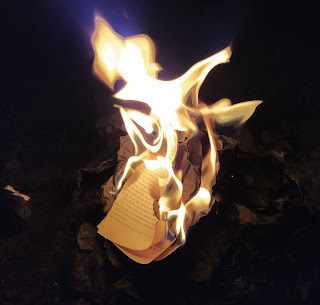