The night after everything was different.

On March 11, I sent my brother a message saying “I wish I’ll be dead tonight”. That was the truest sentence I have ever blurted out during this whole fiasco of my depression. The message was unread and un-responded. I tried to send another message, a milder one to a friend faraway, I said “hey, whatcha doin?” again the message was unread up until later. Now don’t be jealous if I didn’t message you. I have a severe trust issue and I only would reach up to ones that have been there with me. But you must be wondering why I started writing this here. I would just share something that might be a help for someone’s reading, about how important to address the matter.

I used to think that depression was just a bourgeoise attitude, a sad feeling that coddled by people who have too much time. I would never imagine myself having it. Especially now. The fact that I had a more difficult and rougher past, and was doing okay despite it, proves that depression and suicide was just not for me. Boy, was I wrong. I love melancholia as my daily dose as a mellow person. A very sensitive guy. But if you have followed my posts, you would probably know I have been all over it lately. And it is not a melancholiac feeling. Some of you perhaps bored of me saying how depressed I was already, some even said that I was just looking for attention and none of it was real. Well, I might be weaving stories to write, but ‘liar I am not’.

On that very 11th March I knew something was wrong since I woke up in the morning. It was anger and anxiety that creeping over me. I tried to ignore that. I made my coffee and had a sandwich for breakfast, just plain bread with margarine actually. I sat in front of my laptop and opened the file that I had been working on. After twenty minutes or so, I felt the urge to just threw my coffee mug. I abruptly closed the laptop and I swear I really wanted to hit the wall. Just hit it. Now please remember there’s no trigger at all. I had enough food and sleep the night before, everything was normal.

I thought, what an energy surge, I needed to channel it somewhere. So, I decided to work out. You might wanna say that my depression coming from a lack of physical work out. No. This week, and this month, I’ve regularly exercised. So, I worked out that morning. A bit sweaty as well. And no, it didn’t change anything at all. I was just still very anxious, depressed, helpless, and mad. Being a detective I am, I was quite sure there’s something wired-ly wrong in my brain. So, I tried to fish some serotonin by eating stuff with chocolate. Usually, it would ease my nerve. Still, it has no effect. The more I felt like there’s nothing to live.

I decided to take shower. Really clean myself up with soap. I used that expensive conditioner, boy you could smell my hair, nice grapefruit scent. The shower’s done and I ended up sitting in front of the fan with only my towel for an hour. I felt useless and really alone and has no meaning. Nothing to look forward to or to go to. Now please understand, I felt lonely all the time. But it’s something new and I had never had it before.

When the night came, I walked toward nasi goreng stall for my first meal of the day, I decided to cross the road recklessly so a car or a motorbike would hit me. None happened. The food tasted so bad I threw it out after two spoons. Not long I was back in my room and I locked myself up. At this point, I realized I must be very careful with myself. Although back in 2019 I have been teasing with the idea of jumping out of a window, in which my bro would just hold me back, the urge has never felt more real than that very night. I knew that this was not because I was sad, there just was no particular trigger, the feeling of wanting to end was very pure and simple. I just wish I was dead, that’s all.

After I sent a lot of messages to my brother of things I wanted to do, I got the epiphany that was not me talking, it was the depression taking control. It was so real it’s terrifying. Alright, I knew I wanted to die. But this craving was only my depression talking. If reaching out doesn’t really work and non-responsive, or if you like me (hard to trust), I then realize I couldn’t really rely on anyone. So, I started talking to myself.

This was not sad, this was not just anxious, was not just angry because of the past, was not just melodramatic, this was the chemical in the brain. Maybe it was imbalance and lack of something. That most likely there’s no dopamine produced, there’s no serotonin. They made this hopelessness feeling overwhelming. It affects the body and the psyche. I didn’t have any access to any doctor for them to prescribe me something, it was late anyway. I was very dangerous to myself; I knew.

Although by that time I had realized what was it, it was just chemical, I still had to face it. The unsafe feeling still there. My door was still locked, and I needed that. I stayed on the second floor, and this building has only three residents. What tempting was, a few years back, there’s a guy who went to a tree not very far from my place. The tree was next to a highway. He hung himself there. People looked up to see him. I imagined I was him. I wanted it. It was easy to be done.

On my previous depression states, I would’ve spent a lot of time crying. And how I knew this one was different was that I didn’t feel like crying at all. I was just mad and hopeless, and anxious. And it was so brave and destructive.

So, I sat on my bed, and I gulped the last liquor I had. It warmed me a bit. I popped two Panadol in the hope it would trigger some caffeine. But I tell you, what helped me was a half-bottle of cough syrup. I took a half bottle of Vicks formula 44 and no long after that I was deep in sleep. I dozed off for twenty hours and when I woke up, I felt so much better. I guessed the lost screw had fixed itself during the reboot. I had a long weird dream as always.

I am now writing this with a mind that’s not completely in its place but I was quite sure I had already passed the critical phase. It was climaxed already and I promise, I really promise that this is the last time you will ever read about this from me. I’m no expert on this, but from what I have experienced, depression is not an exaggerated feeling, it’s clinical. Last, if you ever feel like you’re being out of control of yourself, the first thing you need to do is to reach up. Get some help from a doctor if you have access. If you’re like me, and I would not recommend this to anyone, when you can’t rely on anyone, what I would do when things are really wrong and I don’t know why, the trick that works for me is to sleep myself off. 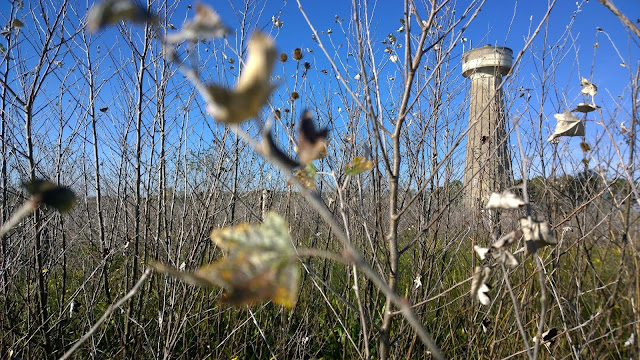