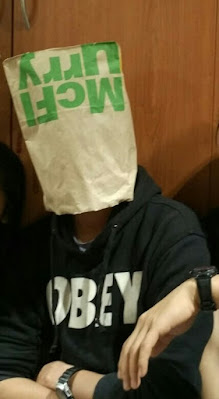 I apologize for being so absent. One of my only friends died of covid and I have been sick since after Raya. I was deeply saddened by it. My dry cough won’t stop despite the gobs of medication. If you saw my Twitter, you'd see I even did that traditional stuff to release the trapped wind in my chest. Gory and painful. I had blood on my stool and this was the second time during this pandemic era. Went to test for covid but it turned out negative. Maybe it's something else, maybe I was dying.

I looked back at my working journal this year and shocked it's June. Half-year wasted without anything in my work-in-progress folder. It's very depressing. It felt more depressing knowing that my depression causing this. Why did I become this useless potato?!

Anyway, a few days back there's this guy who called my number. This is the guy who ate clear cucumber soup with steamed rice because he was poor. He called me seven times but I didn’t pick up. I hate answering a call. Moreover for someone who I was not sure if I like to get along with. I picked the phone eventually. "I got into an accident," he said. I was glad the thing happened three days ago, then he just wanted to vent his anger. For the next fifteen minutes, he cursed the god in the language that I don’t really want to write here. It was morbid and inappropriate.

Probably he identified himself to me on some level. We both alone wandering life and have no home to go back to. Everything that happened we handled ourselves. But this guy, (not even my friend, we met three brief times at the mall through another acquaintance), he hated the world so much that he disappointed that the accident didn’t take his life but adds more pain. "Now I have to pay for this fucking bone fracture!"

"Maybe what had happened supposed to happened?" I said. This was very much not my character, very patronizing in a sense. "I mean it's not for the best. But it's for you to go through it for some reason," I tried to fix it.

"Fuck off," he said. "And don’t compare me to those people who wanted to hang on to their lives! Let me be me. I wanted to die so everything is easier."

"But you're going to have that endless torture in the afterlife? Aren't you worry about that?" this was, again, a very boring religious response from me.

"Whatever. I'm not scared. At least I don’t have to think about anything else. No rent to pay. No debt. No romance. And the pain was clear. Don’t try this preaching style on me!"

"I thought by talking to you, you'd be on my side. Knowing I heard you wanted to die too," he said.

"Then let's plan this together?" he asked. "I heard cyanide is the easiest way."

"I've been thinking about that as well. It's the fastest, so the pain was short. Less scary than other methods," I mumbled several other ways of doing it.

"Cyanide? I can do the research, but I don’t really want to do it. I don’t want to help you, really." I said.

We talked some more about these suicidal thoughts. It really was depressing to the edge becoming funny for both of us.  I was on the brink, thinking whether he's going to really do it or not. I just waited for another clue. But I could sense that his anger was receding.

"Turn on your video," he said. He wanted to show me some sort of gypsum on his arm.

I turned my cam on. But instead of me, he was the one shocked. "Egh! You look horrible!" he was using another diction, which I couldn’t find the English word. It was condescending and hilarious. So much sorrow in it as well. Very campy.

He was right. I haven't washed for a week, my hair was brutal, my face oily and the room was a mess. My tummy, it's bulging. Not a beer belly, it's corona belly, a phrase I introduced to my brother once.

I told the guy I couldn’t care less about my physical appearance (or my room). I meant, what's the point of doing that anymore? No matter how much that snail secretion I put on my face, they won't change how my face looks. It's useless. Plus I could pull a handful of my hair easily now, which was very practical. And working out to keep in shape? It's very tiring. I'm an ectomorph with a crescent moon on my tummy. I just gave up on myself, I guess.

Looking at my condition, I could tell that he was aghast.

"I know that (you're not attractive), but at least you should keep trying you know? Because if you don’t try, you could be worse," he said.

"Ah! See! You're doing what I exactly did to you!"

He realized that and laughed. He said I was right.

We had several minutes more of nonsense talking. I thought he felt sorry to see me. I wish he didn’t. The phone call ended.

It's been days since then but I haven't checked in on him, neither did he on me. Perhaps he died, but I don’t really think so.

I guess there are two things from that phone call.  One of them is that we're naturally want to help although we're ourselves is drowning. Sometimes the way we offer our hands would come off wrong. Maybe we should just listen. The other one is, I don't know, you interpret it. 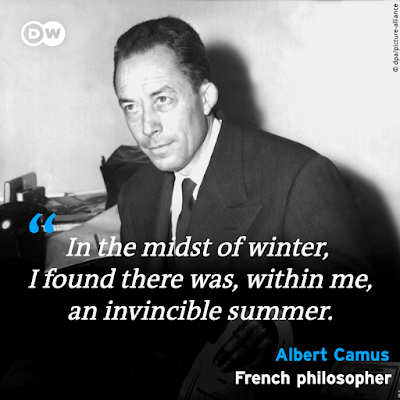