On my Feet to Instanbul

It is what happened last week that made me stop writing for a while, like, when I saw words I just fuck them off, that's how irritated I am by literature. But today I feel better I feel like going back to writing and I'm really into something new.
Randomly I'm thinking it'd be nice to make some good money from what I'm doing, I like money but it's not the most important thing, but I'm imagining if I have a home, I have a fridge, lots of ice to mix some drinks, and I have a kitchen where I can make popcorn or try to learn to make cheesecake, I actually like cooking though I'm very bad at it, I think that'd be nice. I want to have money that I'd say: 'I'm going to Venice for some research', fact is I'm just going canoeing romantically by myself, saying 'I'm going to Austria or Switzerland to learn yodel' but really I'm just curious about the guys. I think that'd be fun. I'm halting my projects because I'm travelling all the time to meet real people, and that's where the story will come later. A writer's life is a never-ending research anyway...
Anyway, I have two novel drafts now in two different publishers, not sure when they will come out but both are very different. both from deep field research, two different topics, two different settings, one in the jungle one in the city, different atmosphere different characters, but knowing me it's gonna be comically tragic. I'm quite happy with the result and wish they shall visit your hands while I'm still alive.
This morning I'm also thinking that I want to be freed from unhappiness. But I'm also questioning, without the friction in my life, would I be a better writer? Would I be a better person if everything was handed to me? Will I be some privileged snob? That's terrifying to imagine. I think comfort brings out the laziness, the obliviousness. Like love, too much of happiness can kill. It's my fate to be like this and I accept that. Sometimes I just sob because it's so hard and lonely, but as someone said, I'm my own supporter, a writer is their own supporter, it's a lonely journey, writing. It's the journey I chose and I'm at ease with that (LIE! I'm still having doubt and often get cranky about it! haha). But I still think about having a safety net, having some money so I don't have to worry about sending them to my family, helping them out with shits. Also, it would be fun if I can say I need to go to India when in fact I'm just escaping my situation and I'm actually going to Istanbul that used to be Constantinople. Why Istanbul, you say? If we're lucky enough, we will know the answer. I'd like to know more about my journey, I hope we are given the chance to be old together.
Bye now, my friends, sending you all a lonely vibe from a lonely guy in a rainy city. 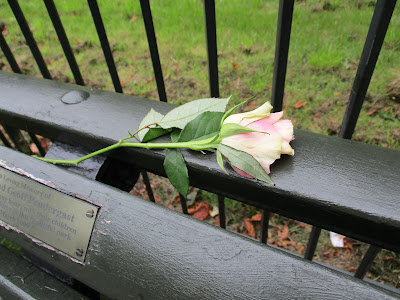