Hey, it's my 4th anniversary as a full-time writer, and here's my annual report:

This is the hardest year so far, not only because the pandemic is a rotten business, but living as a full-time writer was never an easy ride, unless you got a wealthy family as a backing, you gotta prepare yourself for starvation and edging toward insanity. My suggestion, have some frivolousness in you and look at life, no matter how shitty, is just a joke and we would all die in the end.

Anyway, my total earnings for this year was USD 1,240 and almost half of it was from a charity. Yes, I begged money from people on Facebook and group chat. Don’t ask me how did I get by, it was a mystery for me too.  Matter of fact, I don’t really live for myself, I had to share what I had with my family and sometimes I really would think of just rummaging the trash bin for some plastic bottles which I can sell per kilogram, (lol my sister did this once and I still laughed about it).

Literary wise, (1). I finished a novel from my previous year's research, the one about an adventure in Sulawesi's sea (the frame of the story has a dramatic turn and shall be discovered only when the thing is out). The draft is finally approved by the company that hired me and now is in the publisher. It shall be out next year. (And ahem, it's supposed to be made as a movie, so more news about it later). (2). I rewrote a novel draft (from 2015) for the seventh time. Crazy. Not yet happy about the result, but it somehow is my favourite story. This is about a narcoleptic guy who was longing to find his family in the last 45 days on earth. (previously published in Malaysia under Sunyi, but never published anywhere else).  I like this draft because it's based on the collection of my dreams. I hope it'll find an Indonesian (or international) publisher as well.

(3). I translated one of my novels into English. The process was fun, I got to learn and had my mind occupied, escaped from lunacy by giving myself a faux deadline. Sent out the manuscript to some 40 literary agents around the world, got rejections from half of them, ghosted by the rest. I was happy that I tried. Rejection has always been a dear friend, if can, I'll print all my rejection slips and made it into wallpaper in my room. A memento that at some points I had the courage to try, and what's more important than that? Everything that is handed to you in a silver spoon has no charm, as succession without failing is boring. Try again and again and again until the rejection is nothing but a norm, and it doesn’t give you any pain. Who knows, maybe, within a some hundreds of rejections, one would finally say yes? That one possibility is worthy of seeking for. On another note, decided to stop querying agents for this draft and sent the translation out to a publisher, and hope to hear about it next year. (finger and dick crossed).

(4). One of my journal entries about the impact of Covid in my area was translated into German and published online. Any translation for my works is a cause for celebration in my writing journey. (The real entry was longer and filled with guilt, but if you want to read the concise version here) a Shame that I didn’t eat any cheesecake that day. I really like cheesecake btw, only for celebration. (5). Twice assigned as a judge in national writing competitions is another thing I want to mention. Finally, some people trust me in my ability in comprehending fiction texts, and being paid for my harsh judgment is a chef-kiss lovely! (my lame ass is getting excited over validation and so please forgive me.)

(6). The most important: I have started writing a new novel in late October. Funny I thought I could finish it by the end of December but I was really slacking with the research! Of course, I couldn’t spoil anything, but, to my own definition, it is something quite offbeat and chaotic. Just the definition of my truest identity.

Extras: (1). I had no publication this year, but whatever, it is having the willingness to live that matters. I had the taste of depression and got out of it 'function', and I think that alone is a victory. (2). Had my hair shaved bald recently and left my long-haired feminine side for a while. Got a ton of stories with that hair, but hair is hard to manage and expensive, it has grown inside my head as well. So here I am, giving myself the Sinead O'Connor's and Moby's vibe, channelling that very energy to my current project. (3). My mum is getting sicker by the week, and visiting the hospital has been mandatory for us. We do it monthly just like a vacation. Queuing for almost a full day with other unprivileged sick people for a 15 minutes check-up.

(4). I moved out of my rental of four years to a room that's not slightly better. And I couldn’t thank people enough for helping me with the payment. You know, I hope in this life, rent is a free thing, just like people living in our head rent-free, why can't something metaphorical translates into reality? And not the other way around! --Yeah I'm also confused by my logic. (5) And lost one of my closest friends, Wikan, to Corona. She's the only friend who actually read my drafts before I handed them anywhere. Friendships have to end somehow. And speaking of it, this year I lost many of them. Not sure if I have the capacity to start anew or am ready to open up again, but I think in the meantime, it was enough.

Alright, I talked too much for now.  That's a full report on my fourth year as a quasi-full-time writer. I forgot to mention that I, at some point, had tried a new job and decided it was too much, I'll keep the story to myself. Although I'm going to say that quality matters more than productivity, in my known short life span, I am very hard with myself, and I'd feel damn guilty if I don’t do nothing. I must do something even it means I had to cry while doing it. "Sit your bum down, take that paracetamol, two of them, maybe three, drink that coffee bitter, and let's have this drug and caffeine-induced writing siesta!" I will cry either when I'm writing or not, so be it. All in all, I'm just hoping that I could do this for another year. Until my ass is handed back to me, and my laughter no longer has reference to comedic pain but pure frustration or madness, I'll keep riding this fiasco. 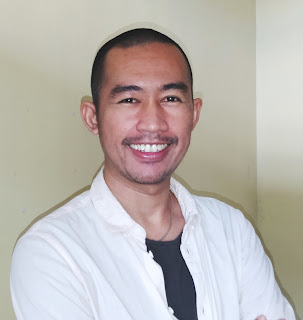