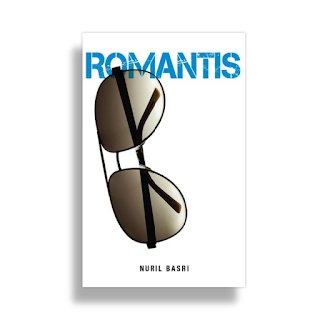 Seven years ago this was published. A story about a young man weaving stories to entertain his listeners at a cafe in order to charm a barista. His stories, of course, are not original. Just an iteration of Henrik Ibsen's 'A Doll's House', Susan Glaspell 'Trifles', Edgar Allan Poe 'The Black Cat', William Faulkner's 'A Rose for Emily,' and many others, including a D.H. Lawrence's story and Shirley Jackson's 'The Lottery'. It was fun to write and felt meta. It was also the first story that uses Kuala Lumpur as the backdrop because I was there the first time a year before.

I finished the novel when I was working as a salesman and only got time to do it on the weekend. Spiritually, having a writer time for hours in a McDonald's in the outskirt of a fuming city. The image is so vivid.
The first response I received from an editor, they said they don't get it, 'seems like rambling and doesn't have a point'. I was young and pissed and smug and very idealistic, so I said: "You just a gatekeep and didn't get the subtlety of it. It's an homage but you read less." (Of course, I didn't throw that to their face. This is only the kind of thing that I write in my daily journal.) I addressed my anger well because I knew what I was doing, and at that time I felt I had more confidence than now. The editor, I think, were looking for something more writterly or clean Hollywood plot structure. But I think I have always been a chaotic writer and I wanted to write something the way I want to. Yes, recently I've lost my way and stopped, but back then I knew who I am.
The book was translated and published in Malaysia and got reprinted several times, sold to almost 10K copies. That's 10,000 people who read it (not including the e-book). I remember some crazies and cool names, like Furonda and Aria on the stories and how they use arsenic to kill someone and manipulate a stupid boy who turned out to be not too naive. The idea was, stories within a story, but really, it was actually framing another kind of story. I'd say it's a bildungsroman with a drop of pulp fiction to it. The original title was 'Romantis Idiot'. It's romantic, and so it's idiot. And it's published on valentine's day. <3
I'm thinking of translating it, but honestly these past couple of months I am just being the very definition of a 'trash bag'. I have no means to move forward whatsoever. I have also been getting blood on my stool again. Everything is really fleeting.
Here's an excerpt (which I translated brutally):
"Your boyfriend, he a rich man?" I asked.
"He has money, yes," said Poppy.
It's obvious she can get any man she wants. Any hunky handsome, macho rich man. She can have. She's drop-dead pretty.
"Then why do you want to cheat on him, with me?"
"So you agree to do it?" she asked rhetorically. "That's because I never had a lover who is a writer. They say writers are romantic."
"I've got only pennies in my pocket," I said flatly.
"No biggie. You can always write me a love letter, or a love poem. You know I never got that from my past lovers."
Right, nothing is free. Every girl that wants to be with you, they must have something they want from you.
"Okay," I said shortly. "I'll think about it."
13.2.22