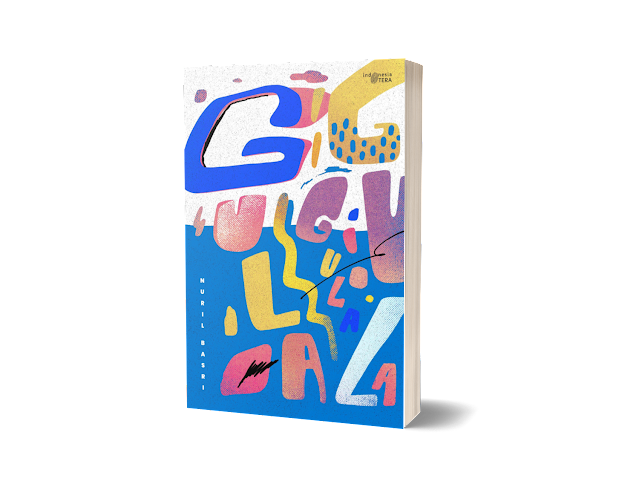 "Not A Virgin" was written twelve years ago, so when I received a grant to write the sequel in 2018 I had to reread the decade-old draft and made sure that the new writing would have the same tone and atmosphere. "Gula, Gula, Gula" set in the year 2012 when the usage of BlackBerry handheld boomed in Indonesia, then the Android phone came into the market, and finally dating apps based on geolocation surfaced, namely the Grindr and where it will change the gay dating scene forever and how it helps the plot in the novel to forward. The idea of writing the novel came when I visited Frankfurt for the book fair in 2017 and met someone who told me that "there are some Indonesian sugar babies around here." Though I didn’t have any intention to write the sequel to "Not A Virgin", the story started to write itself.

It was Robert Bosch Foundation and Literary Colloquium Berlin that sponsored my travel. The research in Berlin took approximately three weeks since I had to spend another week in Frankfurt (for the book fair), Bonn and Cologne. The challenge was to meet people that agreed to talk about the life of a Sugar baby, sugar daddy or anything sweet. You can guess, it was hard to meet them. With the limited time I had, I took another road and improvised because that's what research is, we don't really have a clue until something comes up. But finally, the story grew.

Now, "Gula, Gula, Gula" was written from the point of view of a boy named Yusuf, a character from "Not A Virgin". When the editor read the text, among the first conversation we had was she said the draft sounded light, bordering on teen-lit or young adult prose due to the nature of its informality and usage of casual words, despite the heavy topic that it has. So I told her that it was meant to be like that. The story was narrated from the voice of a person of a certain background, Yusuf lived and was raised in a pesantren, his ideologies were obtained from the confinement he experienced, the way he talks is based on his education, and of course, how the circle of his friends influence him. Thus, using the informality, and teen-like diction, was appropriate.  Since I wanted to make it as realistic as possible. I mean, for a contemporary-realistic novel, I would not depict a character from a kampung who talks big words and speaks in a writerly fashion, with deep philosophical thoughts (I lived in the kampung and never met anyone like that). Yusuf was carefree and flamboyant, so the prose is important to have a "campy" vibe to it. This makes the draft sounds less "literary" but I was being true to the character. In its prequel, I used a lot of 'Salonese' language spoken by the queer community. You still can find some of it in this novel, but I had fun writing the broken English dialogue, where the characters are not anglophone.

The editor understood and she was, by far, one of the very best I had ever worked with. Her name is Dorothea Rosa Herliany.

Writing the book was a fun reminiscing process for me. True that everything that happened in a writer's life is nothing but material. The story started in a confining pesantren, to a busy mall, to a mythical side of a Sundanese village, to exuberant Bali and then to Germany. All the things that, like in its previous novel, bumped into me at some point in my life. The story was, of course, fictional, but there is some reality in it. If we meet and you ask me the question of whether it is a true story, I would definitely shake my head, though if you look closely at my eyes, perhaps you'll figure out the real answer.

The novel was written within the year 2019 and I tried to propose it to some publishers but none seemed interested. At one point I submitted it to a national writing competition and some hullabaloo happened. So I laughed it off and tossed the draft away. Up until one day the very editor called me and asked if the draft was still available. And a year later "Gula, Gula, Gula" is published by Indonesia Tera.

I am not sure how are we going to get ahold of the book, or if it will make it to the bookstores (considering how vile gatekeepers can be), but books are always mysterious. They have their ways.

"Where are you from?" he asked again.

"From Madonna's vagina," I said nonchalantly.